What is a unit study? Well, as one of the most flexible tools in homeschooling, it really can be whatever you need it to be.

A Unit Study is precisely that, a unit of study on a particular subject or theme.

For instance, the Adventure Homeschool Unit Studies came about because my boys love animals. I hadn't planned to homeschool three boys, all at the time - under the age of 5. But, found myself in the position that it was the right thing for our family.

Instead of recreating school at home, I wanted our family learning to be engaging for the kids. I wanted to lead them in their studies, but allow them to pursue ideas and interests of their own as well. Also, I knew that going through every single subject separately each day, for each child . . . . . well, that was a recipe for disaster.

I needed to teach them together, combine subjects, and have creative, interesting, and engaging subject matter (all while making sure they learn to read, write, communicate their ideas, critical thinking, history, bible, science, language arts. It was a tall order. I decided right away that I would not be the main "math teacher" and have always used online and other resources. But, for the rest of it - Unit Studies was the answer. Now, don't get me wrong - some unit studies include math - but mine don't. That is taught separately in our home. It has worked out well for us!

What is a Unit Study?

As I mentioned, my boys love animals, so I started by choosing an animal each week or two. We read books on the animal, used the theme of that animal to launch into each subject.

Often, I would begin by reading out loud to them while they worked on copying and writing their bible verse for the week. I tried to match the bible verse theme or idea to the kind of animal we were learning about. Yes, really. Some weeks worked better than others. So, in the first 15-20 minutes each day, our bible time and handwriting was finished. Those sheets went into our homeschool binder.

We would then move on to science and read about the animal of the week. When they were very young, they would learn to recognize the letter the animal starts with, how it sounds, how to write it. Older boys would read and write words and sentences based on the same animal. Again, we would add to the binder.

Wherever you might find that animal, or a lot of that animal, became our geography study for the week. We pulled out maps and the globe to find where the creatures were found. Then, we stamped our little play passports and learned more about that country or state. We read books out loud, discussed it, colored the maps, cut out icons and pasted them into little flaps where they would write (or tell me to write) information from what they had learned. We found recipes from that area and headed for the kitchen to cook them for dinner. 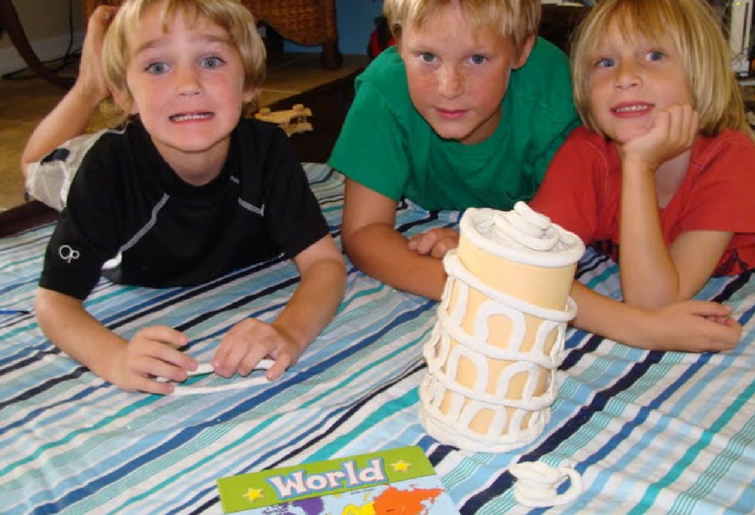 History was handled the same way. We might study history that is directly connected to an animal, or it could be history of the geographical location. We did crafts to go along with our studies - like the stellar Leaning Tower of Pisa pictured above. That was made from an empty oatmeal container, paper, glue, and Skulpey baking clay. We have used this miraculous clay to create animals, miniature pottery (like from our books), ancient cuneiform tablets, dioramas of Lewis and Clark, and so much more!

There was a lot of preparation and planning on my part that went into this unit study idea. When studying about a bird, we might also learn about Bernoulli’s principle of lift. We watched videos, did a lot of reading out loud, and a lot of open discussion about what we were reading. I didn't just lecture the kids, but I listened to them. The more we dug in, the more they became invested in their own learning!

All together, this became our hands-on curriculum that has become Adventure Homeschool products. 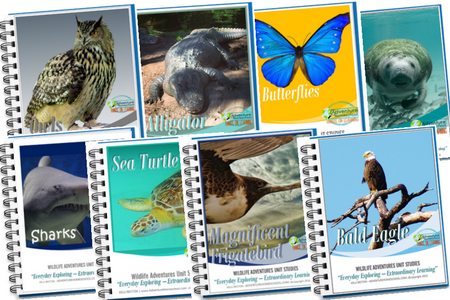 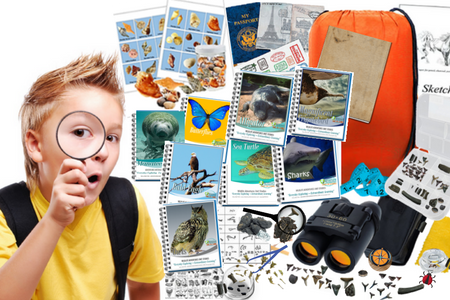 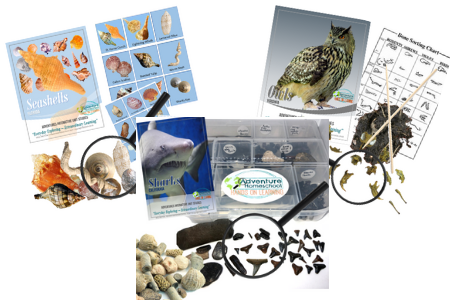